A young Toronto-based software company focused on helping the aquaculture industry be more sustainable has grabbed global spotlight with its innovative data solutions.

Posted: Oct 20, 2021
by bioentadm for Bioenterprise 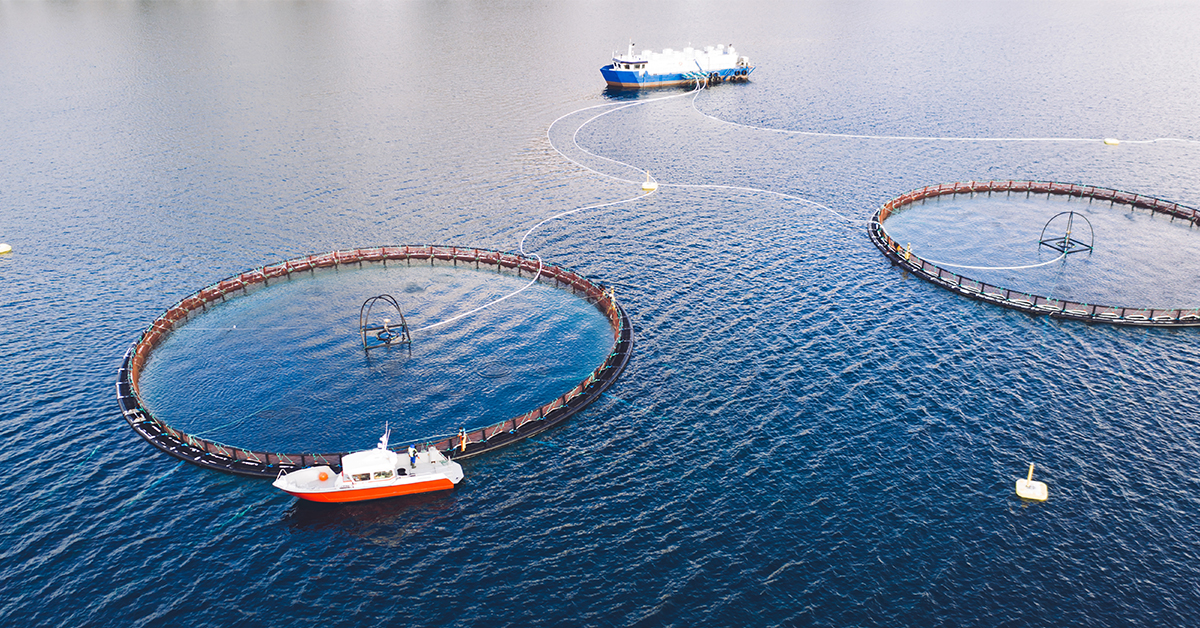 A young Toronto-based software company focused on helping the aquaculture industry be more sustainable and profitable has grabbed some global spotlight with its innovative data solutions. Wittaya Aqua was named the grand prize winner of the 2021 Yield Lab Asia Pacific Global Aquaculture Challenge in early October.

Not only does that honour come with $120,000 cash prize and consulting and services from event sponsor IBM, but it has also given Wittaya the chance to be part of the technology showcase pitch session in front of an international audience at the Animal AgTech Innovation Summit this month.

And according to co-founder Evan Hall, the company can trace its origins back to some matchmaking by Bioenterprise, Canada’s Food & Agri-Tech Engine, who originally introduced him to co-founder Dr. Dominique Bureau.

“We quite literally wouldn’t be here if it wasn’t for Bioenterprise – my co-founder had been working with Bioenterprise to commercialize some of his work and they connected us,” explains Hall, who worked as a fisheries biologist before completing an MBA. “I was looking to join a small company or a start-up in the environmental space at the time. And I met Bioenterprise through networking at MaRS and other incubators in Toronto.”

The goal is to use data and data analytics to help companies be more profitable and sustainable by improving their business intelligence and in turn, the products they’re producing.

“What we’re looking to accomplish is helping the industry flourish and support firms from big to small – and really allowing more collaboration and information-sharing throughout the industry,” he says.

When working with fish farms, Wittaya uses data from whatever is already being collected during production to make recommendations on what farmers should be using in their rations or what factors might be improving or harming the quality of their product. The more data is collected, the more specific the recommendations can be.

On the feed side, the company helps maintain one of the largest aquafeed ingredient databases to help formulate feed and answer questions about price, value and performance of various feed ingredients and diets.

In 2018-19, Wittaya received seed funding from Bioenterprise that helped it launch the first prototype of its farm software. That attracted external investment and access into the Hatch Aquaculture Accelerator.

“Since then, Bioenterprise has introduced us to other CEOs and people in the agri-food and investment space,” he says. “They’re a sounding board of resources at my fingertips when I want to check some of my thinking about what we’re doing.”

In late 2020, the company relaunched its farm software and then built and launched its feed software in 2021. According to Hall, Wittaya’s advantage is their widely applicable set of tools and expertise that lets them work with both mainstream and niche aquaculture species. And it’s what Hall attributes some of their success to: in three years, they’ve grown to clients in 12 countries on four continents.

The biggest potential for their products and services lies in South and Southeast Asia, home to most of the world’s aquaculture. To date, about half their business comes from Vietnam, Indonesia and Singapore, followed by Latin and South America, and a few customers in North America and Europe.

“Canada is a very small market from a production standpoint and although we attract international talent to academic institutions and our aquaculture programs here, the big challenge is retaining those people – and we’re proud to say we are offering opportunities to people who might not otherwise be able to stay here,” he says.

“Our digital door is always open because we’ve received a lot of support and help from others and we’re happy to pay it forward,” he adds.

Wittaya Aqua is currently expanding its farm management software to allow for more integration with hardware and software being used in the industry. On the feed side, they’re working on including more sustainability components, such as the carbon pricing of an ingredient for customers looking to formulate feed by carbon footprint or food miles.