Korechi is an Oshawa, Ontario-based robotics start-up. They create robotic solutions for the agriculture and golf industries.

Posted: Sep 21, 2022
by bioentadm for Bioenterprise 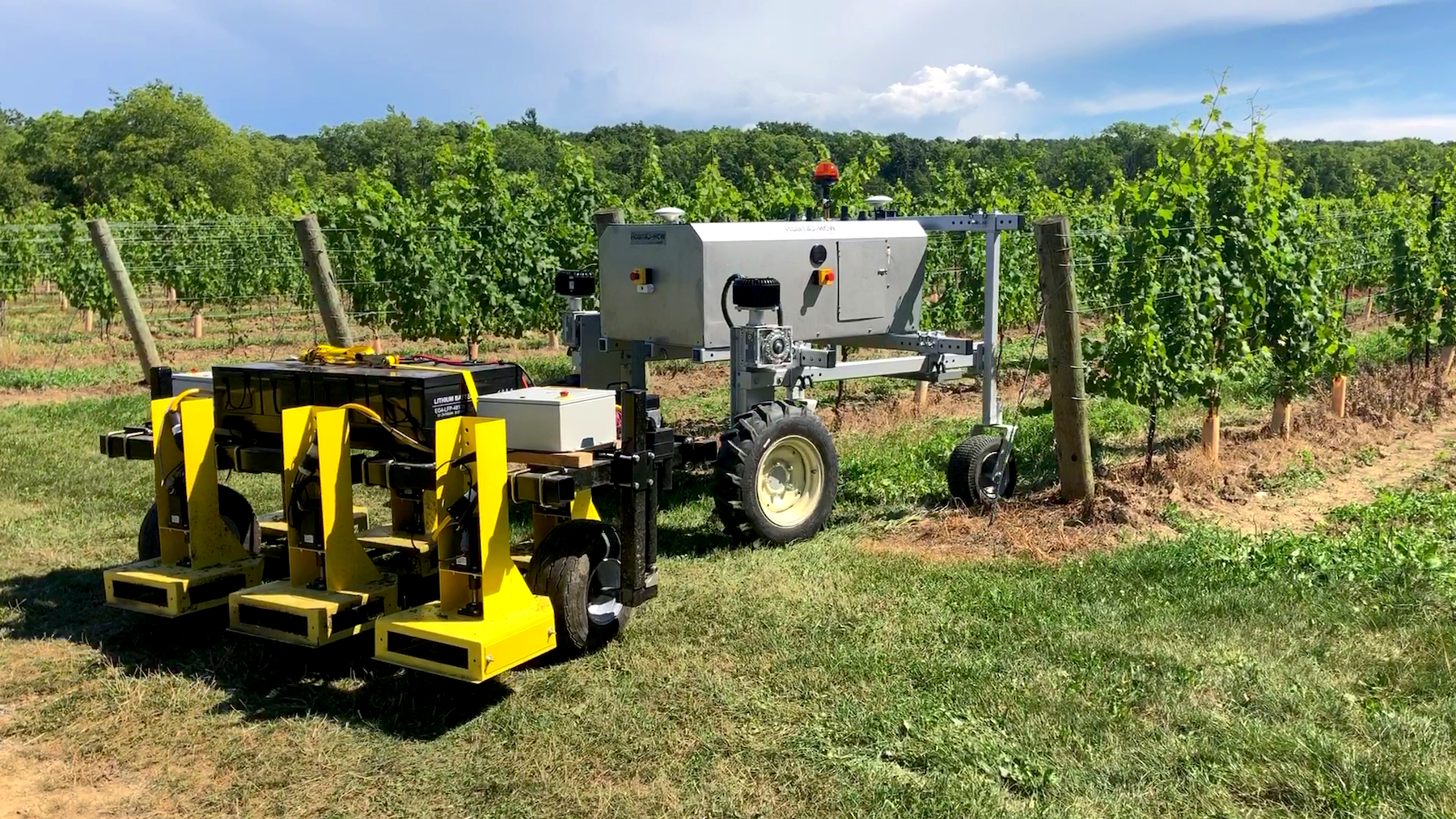 A high-capacity golf ball picking robot (Pik’rTM) is the latest release from Korechi Innovations Inc. , an Oshawa, Ontario-based robotics start-up. Korechi’s principal focus, however, has always been the farming sector and its dire need to find solutions to its growing labour problem.

Over the last three years, Korechi’s initial compact, rugged autonomous platform, RoamIO-miniTM, has expanded into a larger RoamIO line of farming robots, with different power levels and either wheel or track-based mobility systems to meet the needs of different customer groups in the agriculture sector.

This fall, Korechi also expects to launch the RoamIO-ZTVTM, a vineyard robot designed specifically for mowing, spraying, and weeding in vineyards and orchards. It’s project that’s been supported by funding from the Ontario Agri-Food Research Initiative.  Korechi is also a SmartGrowth program recipient for a project to develop a dedicated weeding robot in vegetable crops. Both programs are administered by Bioenterprise Canada.

In fact, Bioenterprise, Canada’s Food & Agri-Tech Engine, has been a key partner in the company’s growth over the last several years, notes Pahari, with a game-changing Seed Fund grant several years ago that really helped kick-start the development of their innovation.

“It was momentous for us because it enabled us to hire our first two paid employees and partner with Niagara College to make the very first version of a robot for vineyards,” he says. “It was the first time we had funding and let us complete a very successful one-year project on yield estimation in grapes.”

Korechi Innovations became members of the Engine in 2021 and the ongoing support and mentorship the company has been able to access since then has been invaluable in identifying key collaborators and making connections with farmers keen to help in the development of robotic solutions.

“We always knew they were very good with connections in the agriculture industry, and now we also have advisory meetings with Bioenterprise which give us ideas and guidance on how to build strategies for pricing our product, market penetration and make connections for key partnerships,” he adds. “The access that Bioenterprise has to really experienced advisors is unmatched in the agriculture space.”

Korechi Innovations is currently working to raise funds to scale up production and further develop its technologies.