Posted: Apr 19, 2022
by bioentadm for Bioenterprise 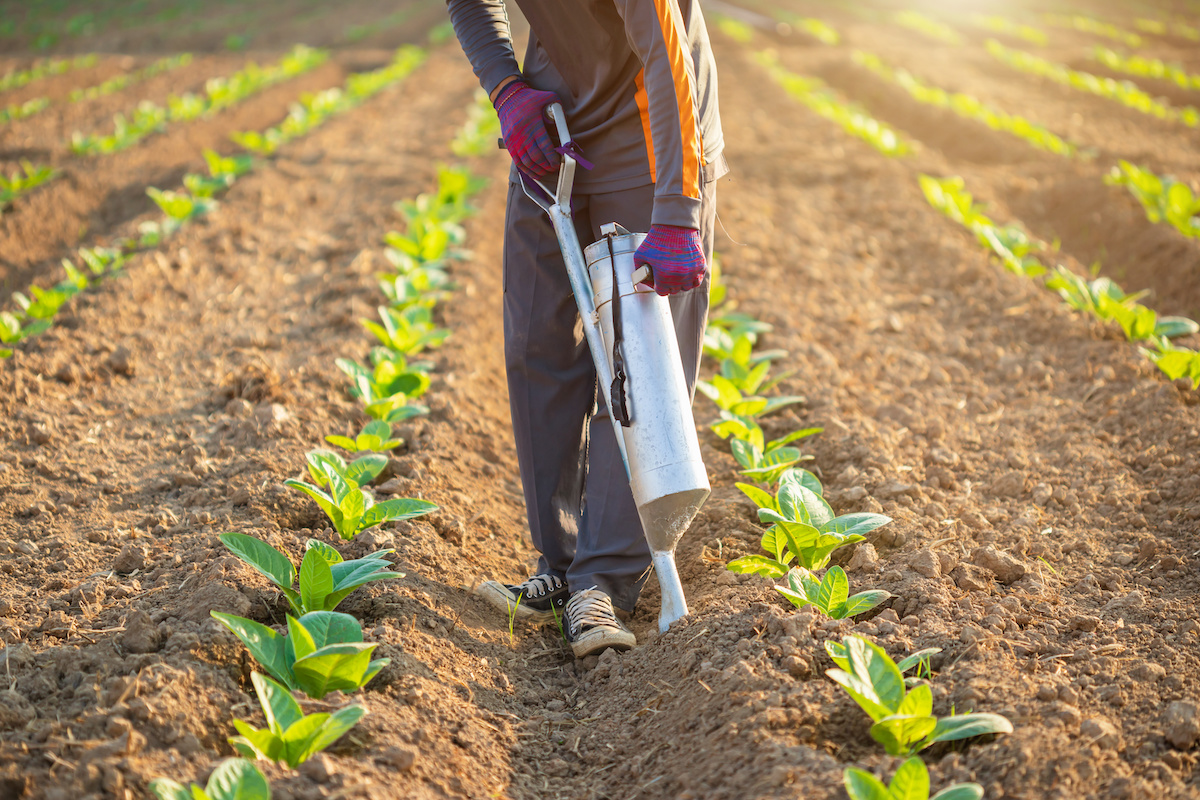 A southwestern Ontario company has developed a fulvic acid made from used mushroom compost. The product by BioLiNE Corp. is a biostimulant, which are products that support a plant’s natural nutrition processes.

Fulvic acids are a small but important group of naturally formed soil organic matter known as humus. Humus is created when plant, animal, and microbial residues breakdown in the soil. Fulvic acids are the smallest, most soluble and mobile fraction of soil humus and are quite susceptible to erosion and leaching loss, and supplementing soil with fulvic acids can help farmers to maximize their productivity. Most commercial sources of fulvic acids have traditionally been produced by melting and treating leonardite or brown coal.

On its hunt for a sustainable alternative, BioLiNE has developed a proprietary purification process to extract fulvic acid from spent mushroom compost. This is the peat-based material that mushroom farms use to grow their crops and is usually discarded after mushrooms are harvested.

Production started in 2018, and the company’s product is marketed in Canada and the Eastern United States for use in corn, wheat, canola, soybean, cotton, potatoes and other horticulture crops.

BioLiNE has been a member of Bioenterprise, Canada’s Food & Agri-Tech Engine, for the past two years and last year was a recipient of funding through the SmartGrowth Program the organization administers.

“Our overall goal is to commercialize the BioLiNE technology, and we are in the late stage of development and early commercialization stage now,” says Mohammad Rahbari, BioLiNE’s Executive Vice President of Innovation & Sustainability. “Right now, the most important aspect for us to achieve is market demonstration and increasing adoption and awareness of the benefits the product brings to growers when it’s added to their production systems.”

The SmartGrowth funding supported activities like field demonstrations and drought studies on canola in Western Canada, and the development of marketing materials.

Most importantly though, notes Rahbari, it allowed BioLiNE to add Geoff Bedard to its team, an experienced business development specialist who has helped the company gain a strong foothold in Western Canada more rapidly than would otherwise have been possible.

“Efficiency and sustainability aren’t buzz words that are going to go away, and a lot of growers are starting to look for ways to change their fertility programs, so we have to be able to communicate the science behind the product to growers in a way that makes sense for them and their farms,” says Bedard, Executive Vice President of Corporate Growth & Strategy.

BioLiNE’s is hoping to be on 250,000 acres in western Canada this year, with plans for a move into the northwestern and midwestern United States next year. By 2025, Bedard notes, the goal is to have a strong dealer network and a marketplace presence as the premier fulvic acid product. The Bioenterprise support has been instrumental in helping the company work towards achieving those goals.

“Our experience with Bioenterprise has been fantastic. A lot of people tend to steer away from funding programs because of the administrative burden, and we want to commend Bioenterprise for putting something together that keeps company needs in mind as well as having the staff and resources available to manage the program,” says Rahbari. “We’ve also had tremendous opportunities to network through the Engine, and we highly recommend anyone in biotech commercialization to do this.”

As Canada’s Food & Agri-Tech Engine, Bioenterprise Canada brings more than 15 years of industry experience and a national and international network of research institutions, academia, mentors and experts, funders and investors, government, and industry partners to help small and medium-sized businesses in the agri-food sector nationwide connect, innovate, and grow.

SmartGrowth Program recipients receive non-repayable acceleration financing, as well as coaching and mentorship from the Bioenterprise Canada team. The program is supported by the Federal Economic Development Agency for Southern Ontario (FedDev Ontario). For more information on SmartGrowth and how to apply for the next cohort, visit https://bioenterprise.ca/programming/bioenterprise-smartgrowth-program/ or contact Alexandra Burdett at alexandra.burdett@bioenterprise.ca.