Every time farmers drive equipment over their fields, they’re putting pressure on the soil. And that’s a major issue, both for agriculture and for the environment. 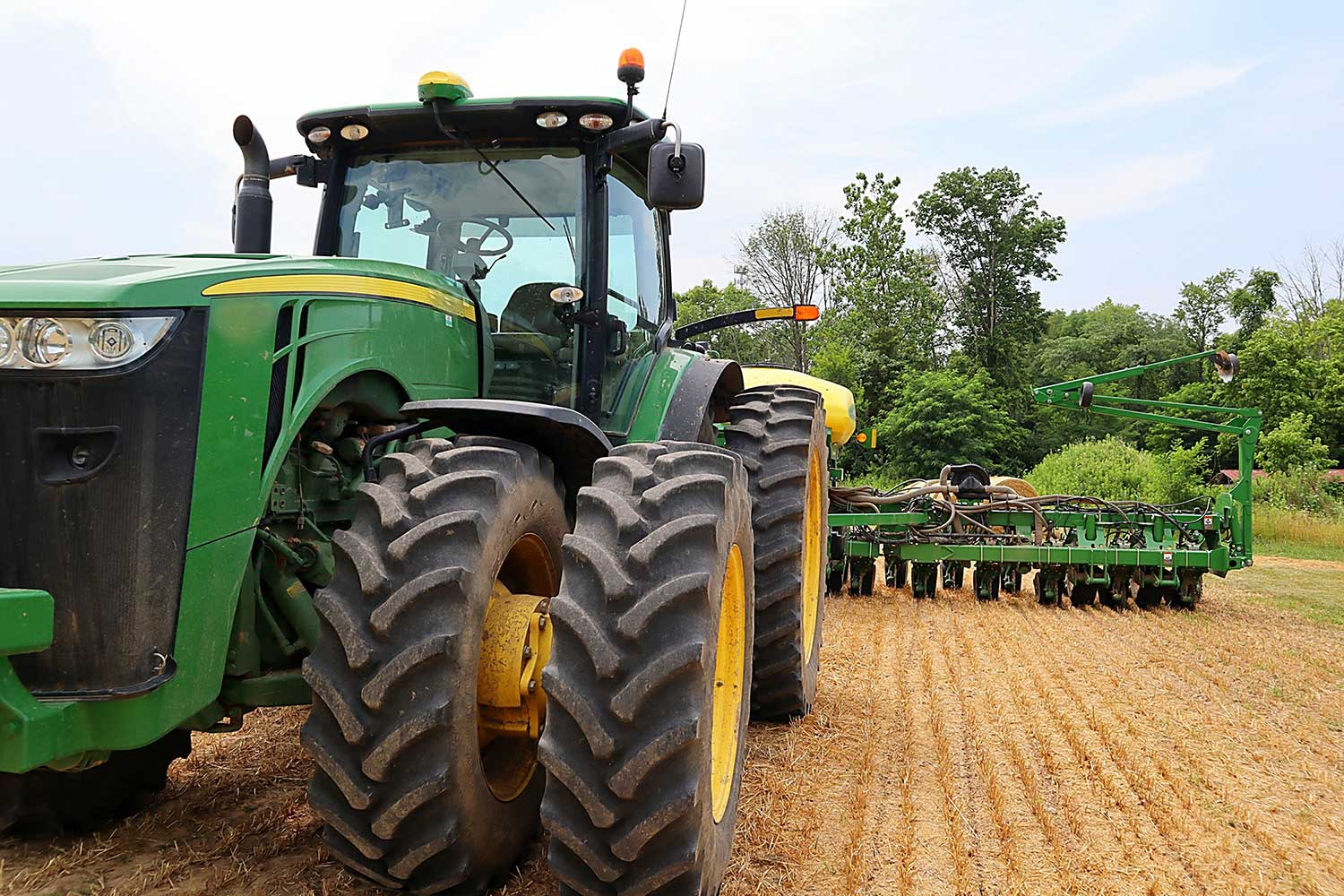 Every time farmers drive equipment over their fields, they’re putting pressure on the soil. And that’s a major issue, both for agriculture and for the environment. “The more compact the soil is, the more it erodes and blows away,” explains Agribrink founder Jake Kraayenbrink. As soil erodes, so do crop yields and profits.

That’s one of the reasons why the southern Ontario hog producer and cash cropper developed a central tire inflation/deflation system (CTIS) that lets farmers quickly inflate or deflate their tires as they move between roads and fields.

Take the example of an 80-ton tandem manure tanker. On the road, you need to keep the tires at 40 psi to avoid damaging them. Drive that tanker over a field under those conditions, however, and you’ll do serious harm to the soil.

Four hundred farmers, scientists and equipment dealers witnessed this environmental impact first-hand last September at a “compaction day” event organized by the Innovative Farmers Association of Ontario. As the manure tanker passed over, sensors recorded a whopping 35 psi of pressure on the topsoil — more than double the recommended maximum.

With the flip of a switch, the operator then deflated his tires with Agribrink’s system to 10 psi — a process that took just 40 seconds — and made a second pass. As the tanker hit the soil sensors, the pressure reading reached only 14 psi. “What better visual can we have?” Kraayenbrink asks.

Kraayenbrink freely admits he had plenty to learn when he established Agribrink, so he sought out advice from experts, including Bioenterprise. “They know. They’ve been down that road,” he says.

Analysts at the agri-tech accelerator served as a valuable sounding board. They identified the need for ISO certification and helped Kraayenbrink achieve it. They connected him to strategic partners including specialists to patent his award-winning technology. Most recently, they provided $30,000 in seed funding. “We’re really thankful,” says Kraayenbrink. “I think they’re a tremendous asset.”

As a result, Agribrink is expanding. Over the past year, they’ve hired a full-time business manager and extended their dealer network to 28 locations across Ontario. With greater awareness and compaction demonstrations in Ontario and Quebec, interest in the soil-protection system just keeps growing.

Sure, it takes time for new technology to become widely adopted. But when farmers realize the benefits — including greater yield, a wider application window and less fuel consumption — Kraayenbrink predicts CTIS systems will become a common feature on agricultural machinery. “We’re excited,” he says. “People tell me that they see this as the next thing.”