Posted: May 12, 2022
by bioentadm for Bioenterprise 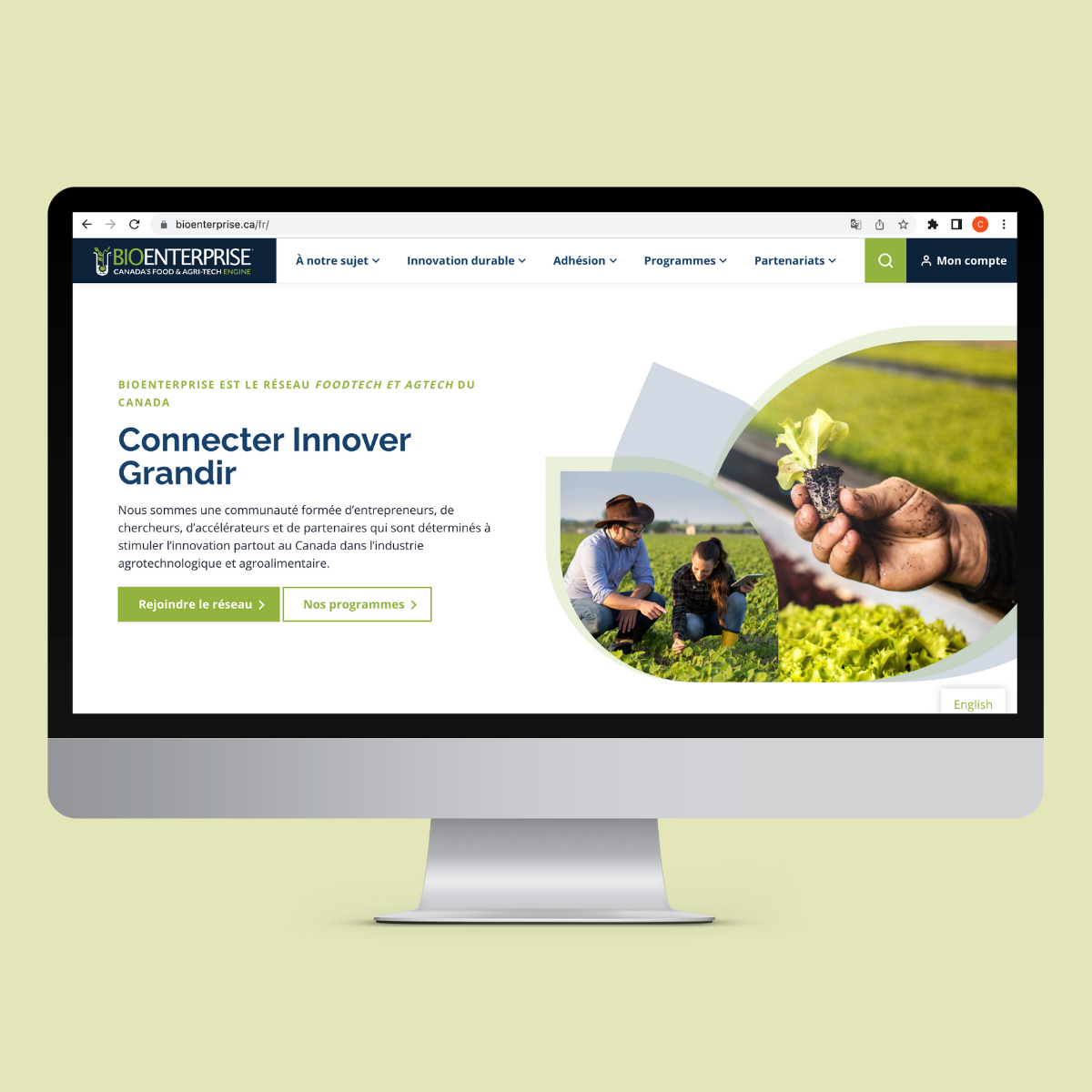 Bioenterprise, Canada’s Food & Agri-Tech Engine, is strengthening its national service offering by launching a French-language version of its website.

Since the launch of the Engine two years ago, Bioenterprise Canada has been growing its network across Canada, including building partnerships in Quebec and New Brunswick. Bioenterprise has also expanded its footprint in Northern Ontario, home to a significant francophone population, with a staff team in the region and programming specific to Ontario’s northern regions.

“As our network has grown nationwide and we’ve brought on partners from all parts of Canada, we’ve gradually been expanding our capacity to provide communications and resources in French as well as English,” says Bioenterprise CEO Dave Smardon. “The launch of our French website marks a significant milestone for our organization and we look forward to continuing to build our presence in both official languages.”